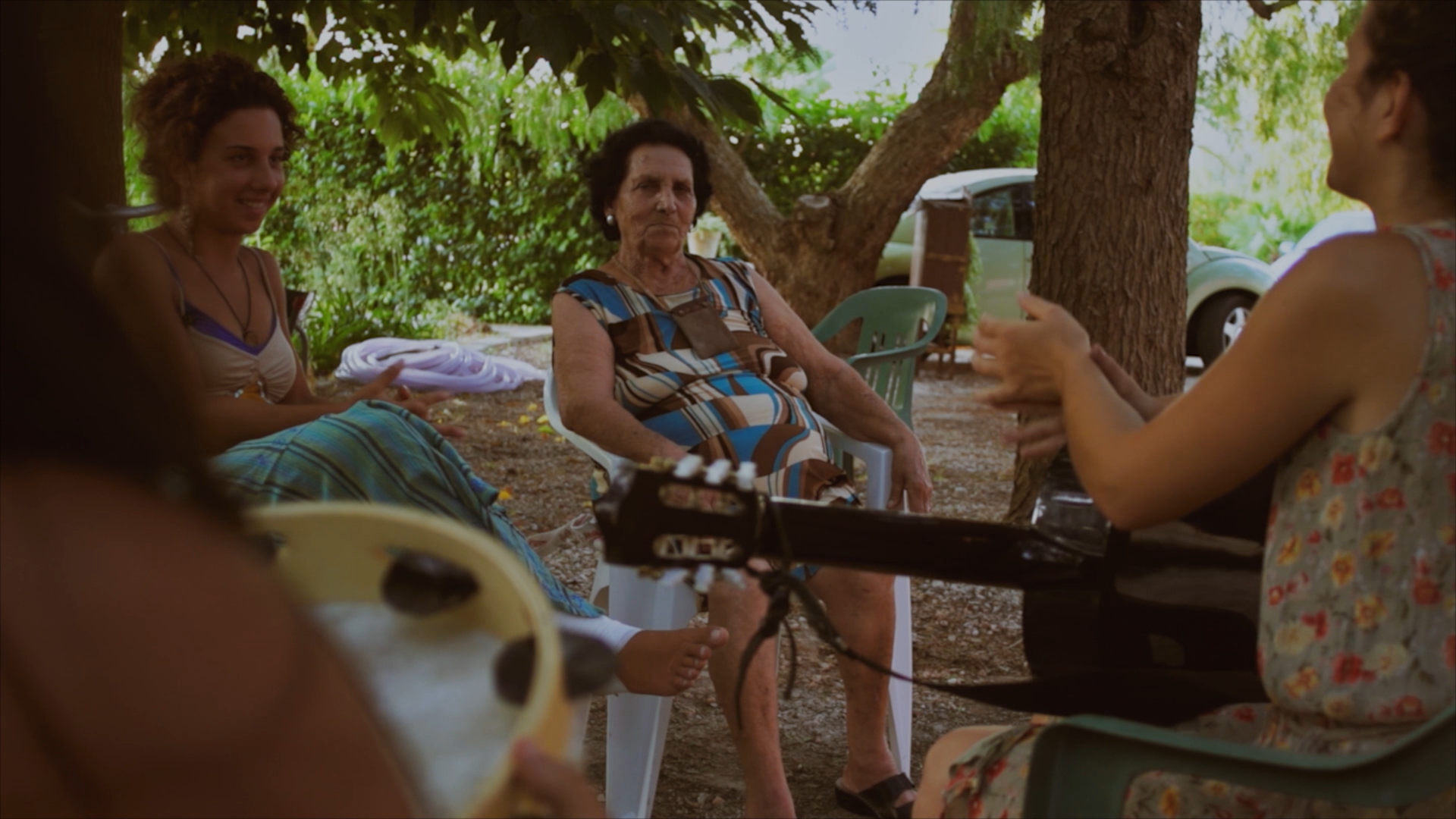 Director and Editor:
Giulia Attanasio studied Documentary Cinema at Zelig Film School in Bozen (Italy) and then worked for several years as editor in Turin area, for both film and television projects, collaborating with the production company EiE Film and the A.N.C.R. (the national cinematographic archive of the resistance), among others. She signed the editing of the film «The Hate Destroyer» by Vincenzo Caruso (Ucca Prize – Biografilm Festival).
She is a performing singer and a vocal trainer: in her musical research she focused on traditional and polyphonic folk music. In 2017 she co-founded the project Terra dei Canti to promote personal development through music, art and movement therapy. Today she teaches holistic voice-work and leads trainings of circle singing, using storytelling, voice, sound and body-work as tools for reconnection, self-exploration and care.

Editor and Producer:
Dario Ferraro is a documentary filmmaker, producer, project manager and facilitator in the field of ecological communities and regenerative culture.
He graduated in Creative Documentary at the Universitat Pompeu Fabra in Barcelona in 2014, co-directed “Lo Sbarco” with Adonella Marena and collaborated with director Victor Kossakovsky in the documentary “Demonstration” that was seen at IDFA, Hot Docs, Jihlava and at the MoMa in New York.
As a project manager and facilitator he organizes courses on digital storytelling, leadership for sustainability, deep ecology and nature-based educational tools.

Cinematographer:
Stefania Bona (Rovereto, TN, 1978) is director of photography and director. She studied photography and graphic design at high school, later she graduated at Academy of Fine Arts in Venice, developing an artistic research in the field of public art, with some collaboration between Italy and Germany. From 2004 to 2007 she worked at the Sandretto Re Rebaudengo Contemporary Art Foundation in Turin, as a cultural art mediator, an innovative figure, which brings together the public adults present daily in museum and contemporary art, through dialogue and confrontation. Her attention turns to cinema, in particular documentary and in 2010 she specialized in photography at the ZeLIG School, in Bolzano. From this moment on she directs the photography of documentary films participating in international festivals including: Vision du Rèel, Rotterdam, Filmmaker Film Festival, Dokfest in Kassel, Biografilm among others.  As a director she directs the documentary “Gente dei Bagni”, in competition at several international festivals, and awarded in the following: RIFF in Rome, Festival of Trento, ViaEmiliadocFest, Mediterraneo Video Festival and the Human Rights Film Festival in Naples.